We had a booth with Wonderful Indonesia, an office for tourism in Indonesia.

With our partner hotel Anema, we presented our activities.

Kheng and I manned the booth. Kheng speaks and writes in both Mandarin (Chinese) and English.

We arrived at Shanghai one day before the dive expo, on the 11th of April.

Kheng is Singapore citizen, so she can visit Shanghai without a visa.

Since I am a citizen of France, I would normally need a visa. Due to the time constraint, I couldn’t get the visa ready in time.

There is a solution if I only need to stay less than 144 hours. I could be in transit.

In the end we did not take a 2-way flight.

The China custom appeared to be very strict.
There is a designated counter for travellers who are in transit. The immigration officer was very vigilant and he checked the document very thorougly.
The counter officer who inspected me asked a colleague something as I had come from Singapore and was heading to Kuala Lumpur, but I did not understand what. It took me quite some time going through the immigration clearance process.

Our flights to the Dive expo

We were in Singapore after few days:

4 days in Shanghai – 3 for the dive expo

We arrived on a Thursday morning. Upon reaching our hotel at 8:00, we left our luggage there and went for a walk and a drink at Starbuck until our room was ready.

In the afternoon, we spent time:

In the end, we had no time to explore Shanghai.

We spent 3 days at the expo.

The dive expo or DRT – Shanghai

First morning at the dive expo. Wonderful Indonesia gave us our badges as we prepared our booth.

Friday was quiet. We explored the expo. There were only a few diving equipment companies: Beuchat and Cressi (plus Suunto for diving computer). There was no booth for Aqualung, Mares and Scubapro.

There were many dive resort companies and even more liveaboard companies .

There were 2 countries, Indonesia and Philippines.

Saturday was crowded and many people patronised our booth. Kheng spoke to a large portion of them while I helped with a German and a French.

Sunday was rather similar to Friday, with few people visiting our booth, up until 15:30 – 16:00. Many booths had began to prepare for closing, 2 hours before the official closing time.
At 17:00, many booths were already empty and closed, so there was almost no visitors.
We left for the airport at 18:00. We took off at 3:00 in the morning the next day.

In the end, it was a enjoyable and productive experience, so we may plan to go back next year, and we could opt for a longer stay to get the opportunity to explore Shanghai. Following the Indonesia government’s announcement on re-opening north Lombok including 3 Gilis, Terumbu Divers is excited to resume business operation under the […] 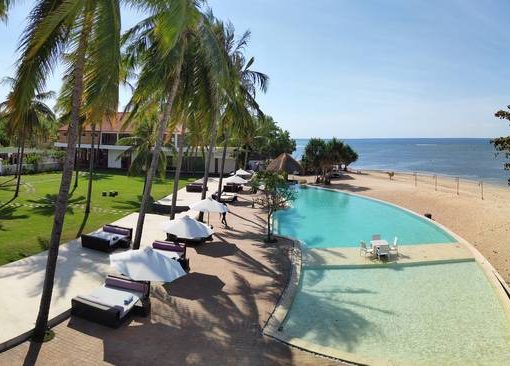 A quick presentation of the hotel and the dive center with this article and a video. The Terumbu Divers, dive center is […]